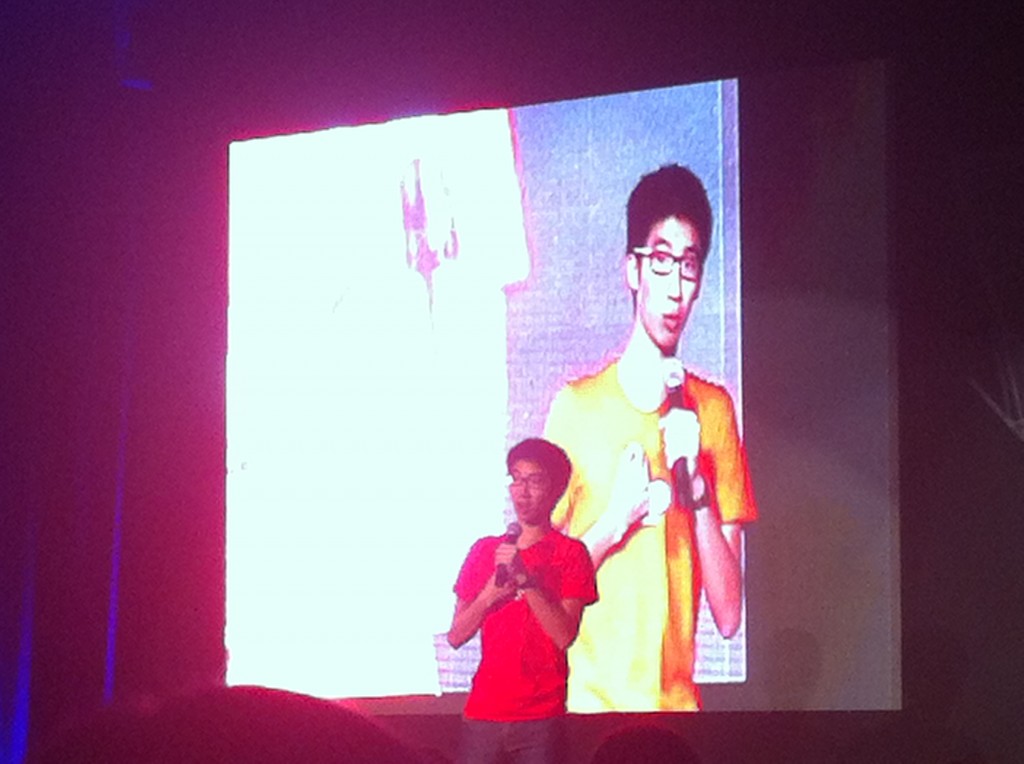 I am just back after spending a few brilliant days at the WebFest in Montenegro where I was invited by the host .me registy, CEO Predrag Lesic, after meeting in London at the SeedHack (SeedCamps financial hackathon) where I had won second place with the Saving app I am developing earlier this spring. We we had a chat about GeekGirlMeetup.com and I was later invited to speak at the WebFest 2012 about the international project that is now in Swede, Denmark, Mexico, London, Hong-Kong and from last week, Berlin,  aiming to create more female rolde-models in the startup scene.

WebFest 2012 delivered a wonderful line-up of startup and internet speakers – Intelligent, heart-full and enlightening talks. WebFest was a few days of pure excellence in Montenegro, with national and international speakers like Brian Wong (Kiip.me) and Ryan Wong (About.me) and Ruth Barr (seoMoz) as well as the local movers from the region Dejan Nikolić (Njuz.net aka The regiobal the Onion), Ivan Brezak Brkan (Netokracija).

Taking place at the Montenegro riviera, it was truly like the theme suggested – a webFest – A web conference to note in your calendar for next year. Here are some of the goodness i picked up:

Speaker Brian Wong – Kiip
Brian Wong shook us up properly with his reckless, endless energy and wild at heart talk about his startup Kiip.me.

The 21 year old Mr Wong finished college at 21, worked for Digg where he describes “being fired because he sucked at his job” after 4 months. Luckily he already had an idea, about a moment based advertising system targeting games, that would allow users that be rewarded for leveling up also getting freebies from advertisers, and advertisers only pay on collected freebies. Brian, bought Kiip.me and provides game developers with a system they can implement in between levels that allows players to get freebies when they level-up. The concept that generates over a 140 000  moments per month and growing has got be called genius as it is indeed revolutionizing the ad system.

Brian says, “Out of all the shit we have done as a human nation, from rocket launches to moon-landing, we have invented is a annoying banner that we place close to the important buttons on a n app. You should not pay to get rid of banners. As an (ad) industry you should understand you fugged if people are paying to make you go away.”

Brian continues: “Instead we created great moments of leveling up, instead of banners, we would give these moments of winning, where you already feel great even better by winning a freebie. We only work with big brands to give away trusted rewards.

We want to avoid the painful situation of the old advertising fake-win, when you get some thing free for an entry in an iPhone competition, all you do is sell your soul and end up giving away your credit-card number. Who wants that? We work with cost per engagement, with redeemed freebies. 75 cent which leaves about 50 cent to 1 dollar per redeemed action for the game makers. Its a win for everyone.

No one loves ad companies, we wanted to create something that people loved.”

Brian on entrepreneurship – I love being young, reckless, having endless energy operate properly after 40 hours with no sleep. You should abuse your body now – it’s the only time you can. It’s only age, it’s just a number. Being wild at heart is the most important thing, even older people under 40 who are wild at heart can and should inspire others.
You don’t wake up and say I’m going to being entrepreneur. I played Counterstrike when i was a kid, it made me a better designer, I had perfect mouse precision. I ripped psd, (no twelve year old can pay for psd), then started doing design for others. I was doing something i was wired to do, also the world is constructed that what i do will help the world economy so there something for me to.

If you are starting a company to be entrepreneur, that’s wrong. Take what you know and create some value. Thats entrepreneurship.

Brians thoughts about anyone who is not in Silicon Valley.
– You are not as entitled. Graduated graduate from Stanford with an ‘I deserve attitude’ is not very pleasant and it doesn’t mean they produce anything better. The ones that don’t believe deserve anything you try extra hard.
European startup economy has grown as you have revenue, user experience, basic but follow these principles as a european plan. Never mind the short cutters that build for three years with investment with out revenue, just never mind. Make money. Its been two years. I’ve have had at least 100 friends that have started companies and then they pick up and leave to go home. The ones that came there for the right reasons, you need to know it (your reason), if you know it you will succeed!

Here are #1 & #9 out of his points he talked about later, about building successful services.

Existing pattern of behavior #1 What do they(the users) already do? Where do you go when your really drunk?  McDonalds. People are already playing games, look at the the fuel band, it allows you to track your quantified self. Tracking what you are already doing. Karma, recently quietly acquired by Facebook, its similar to similarly to Wrapp, its a gifting app. I had a look at what people already do, and tried making that simple. When are people engaging in your product? Try to make an app that humans like, after all the user is a human being. Apple for example do this do this really well.

Build a story #9 Montenegro has a great story. With you creating good companies what you can do is amazing stories, they have to be shared, a thats how people relate to you, with a good story. You care about bringing the spotlight back. How to craft that story. How do we make it human. It all starts with Love.

Ryan Freitas (About.me)
Ryan Frietas is a previous UI/UX guy who has now moved to product after starting the About.me startup that recently got acquired by AOL.

Ruth Barr on SEO (SeoMoz)
Ruth Barr from SeoMoz gave a great talk on SEO, some affirmative (produce good constant and don’t bother with trix – the search engines will figure it out), and a lot of new info that i felt I can implement and use directly. This techy lady has the gift of gab, and a brilliant sense of humor. Slides provided here.

Startup Competition.
Seeing the regions present and deliver in the startup competition was a pleasure, as there is talent and ambition the region, it was a pleasure seeing the region come together support the winners with the startup competition, sending the winners to New York for 4 moths. Prizes are always going to be important as we do indeed need to reward and encourage the ambitious young entrepreneurs that work focused and ambitiously.

Thanks to
Also not to forget I am so thank for for the Webfest team for providing such a friendly and inviting culture at the WebFest as well being excellent hosts. I cant have asked for a more welcoming stay 🙂

The small stuff that makes the difference
Another thing that came to mind is the wifi quality. It’s given that if you have a web conference participants will expect to have wifi. Kraven/demands/ expectations of the wifi rises as web-conference participants usually have two devices, (phone and lap-top) so the wifi will be strained and if you can get in extra access points to support the quality every will be happy. The Splendid Conference Center delivered perfect wifi.
Wifi Points: 5/5.

Web Fest.ME is the largest regional Internet festival dedicated to the promotion and advancement of Internet and society in general. Web Fest .ME consists of on-line competition for the best website/web project and conference that brings together the world best-known experts from all areas of the web industry.