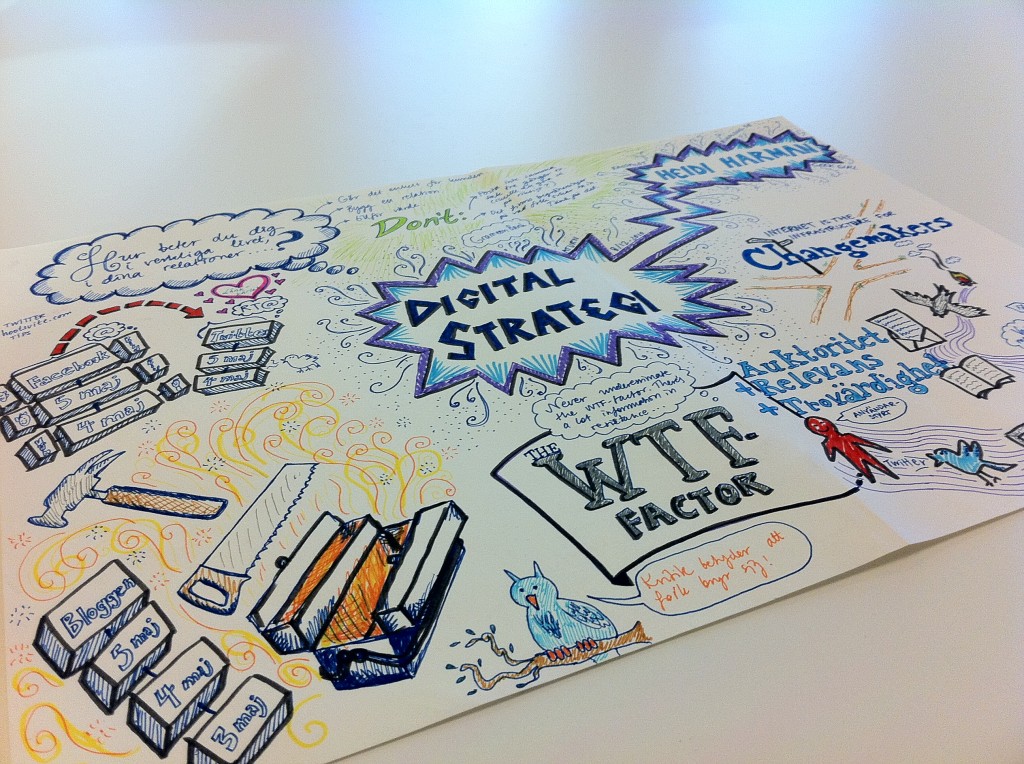 After giving a talk at the incubator Aturn, I recieved a mindmap illustration of my talk, made by Pernilla Karlsson at AddGender. It made me think of the power of images and the importance of illustrating your thoughts, to keep visions, dreams and goals clear and focused. Thanks Pernilla, highly apreshiated!

I was also happy about being invited to Studio One, to portrait RunAlong.se and GeekGirlMeetup at Radio P1. It doesn’t get much better than P1, still i did enjoy being inteviewed at P3 Kultur with Johanna Koljonen a while back.

Weekly post in Nya Affärer, Running Business was focused on “how little is enough”.